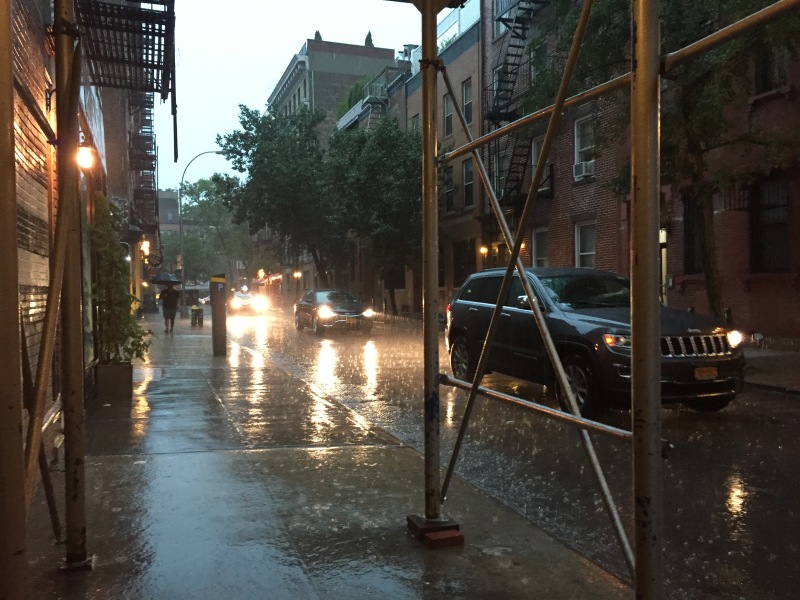 Blue walls, red curtains, and gold-framed mirrors that reflect who is up on stage behind the microphone. Clothes damp, shoes soaked, a number of us had gathered to hear the Bennington Writers fiction reading at Cornelia Street Cafe while a thunderstorm raged over New York City.

When the storm hit earlier in the day, I watched the sky cast charcoal gray from my perch on the eighth floor at the Center for Fiction. I headed out onto the Midtown streets joining the herd of commuters rushing to get underground before the clouds broke open again. I passed a man selling umbrella’s for five dollars and didn’t listen to the voice that said, “buy an umbrella, you may need it.”

At a West 4th street subway exit, slowed down by a line of people reluctant to go out into the torrential rain, I looked for another way out but this was it. As I made my way to the front of the line, a man played a lively guitar that matched the mood.

With ten minutes left to the reading, I surfaced risking a good soak but I found my way to scaffolding and eventually an umbrella as my partner showed up just in time.

During the event, I went first and read an excerpt from my short story, “Exposed.” At a transition in the story, as if on cue, thunder boomed, lightning crackled—I paused to let the storm have its space. Then I continued on reading a flashback about crossed wires and mixed messages. 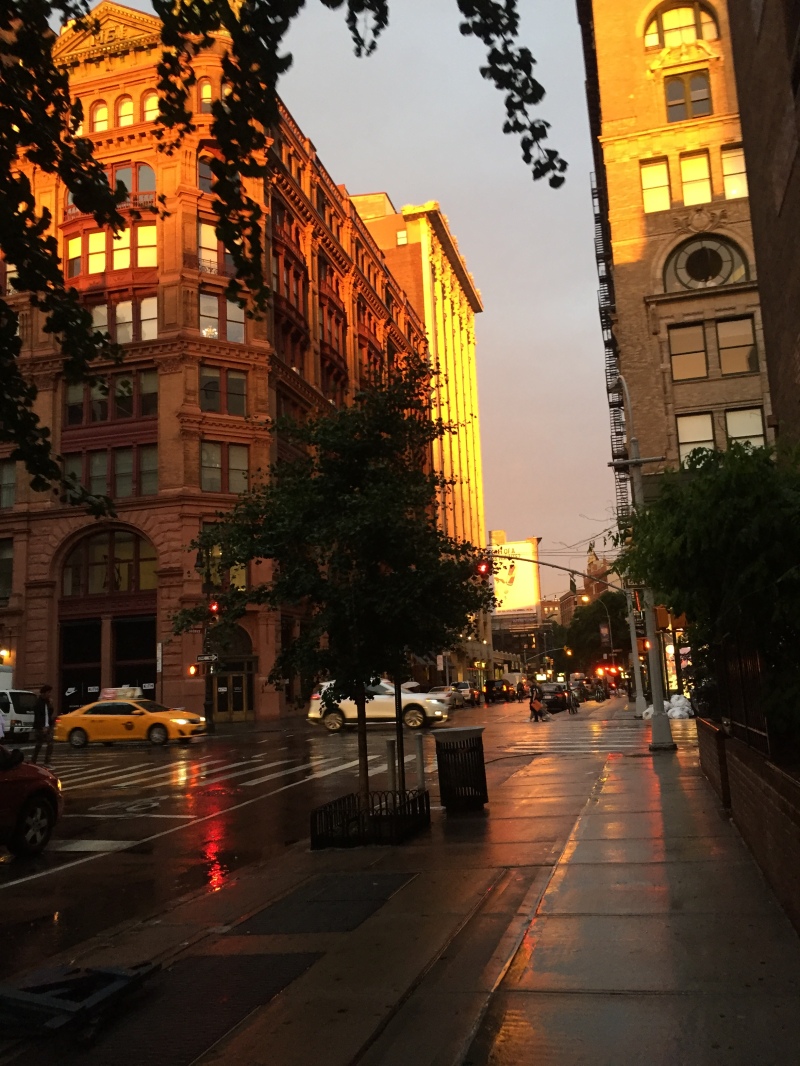 After the reading, the sun broke through the clouds. Buildings lit up in a warm, orange glow. We walked a stretch along Bleeker street on to the next destination for the evening.

What did the storm signify? Was it meant to be foreboding and fearsome? In my experiences, rain has often been a blessing. Rain has arrived on days filled with happiness like the day I got married.

The storm last night provided a measure of contrast, a way to be present in the experience of the evening rather than getting caught up in the flow of traffic, pre-event tensions, or tangential thinking. It was a much needed cooling down. It took nervous energy and turned it into awe and a bit of glee.